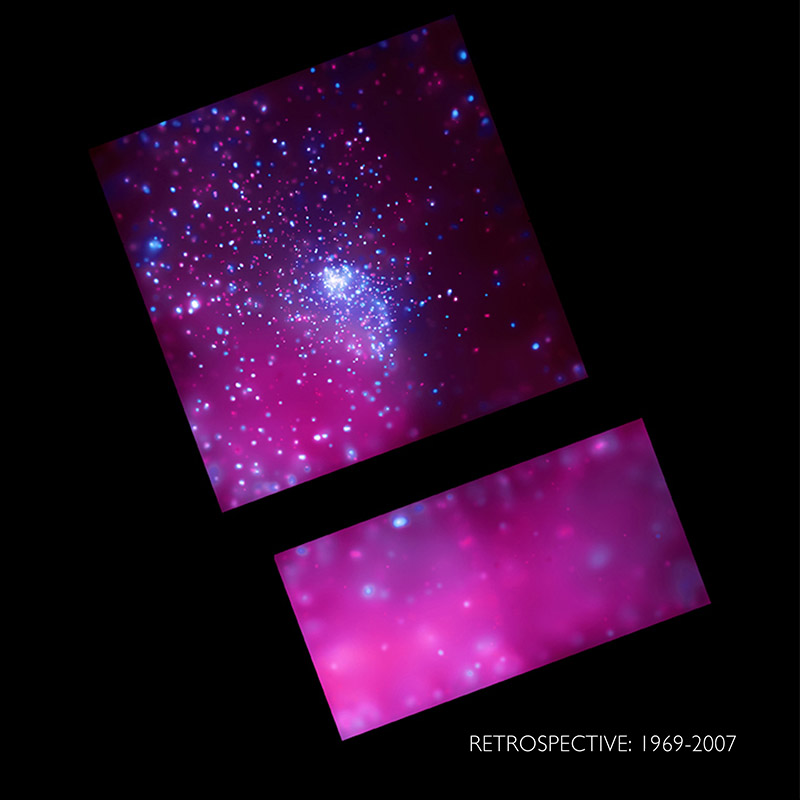 Compiled over a lifetime of digging through thrift shop bins, long-haul road-tripping on often fruitless flea-market pilgrimages, obsessively monitoring online auctions and classified sites and going in absolute circles trying to track down artists who are now dead or have no interest in their musical output being critically revisited, RETROSPECTIVE: 1969-2007 is a curated collection of found, mostly-vintage music from the sonically influential but popularly obscure musical movement known as acid-wave. First described by essayist Errol Fish in the mid-sixties, acid-wave became known for its fuzzy mix of psychedelia, funk, jazz, synthesized electronica and whole-band improvisation. Taking advantage of newly affordable technology, many in the nascent acid-wave scene were early adopters of portable-recording equipment, eschewing slick studio production for the comfort – or privacy – of the home studio.

While this is certainly not meant to be a comprehensive overview of acid-wave and its far-reaching influence, this collection highlights some of the movement’s more colorful, obscure or downright confounding artists, many of whom never officially released music or pursued a musical career beyond the odd demo or one-off album. This collection is not intended to create unwanted publicity and I would ask that the privacy of the artists and their families be respected. – Intro To The Liner Notes